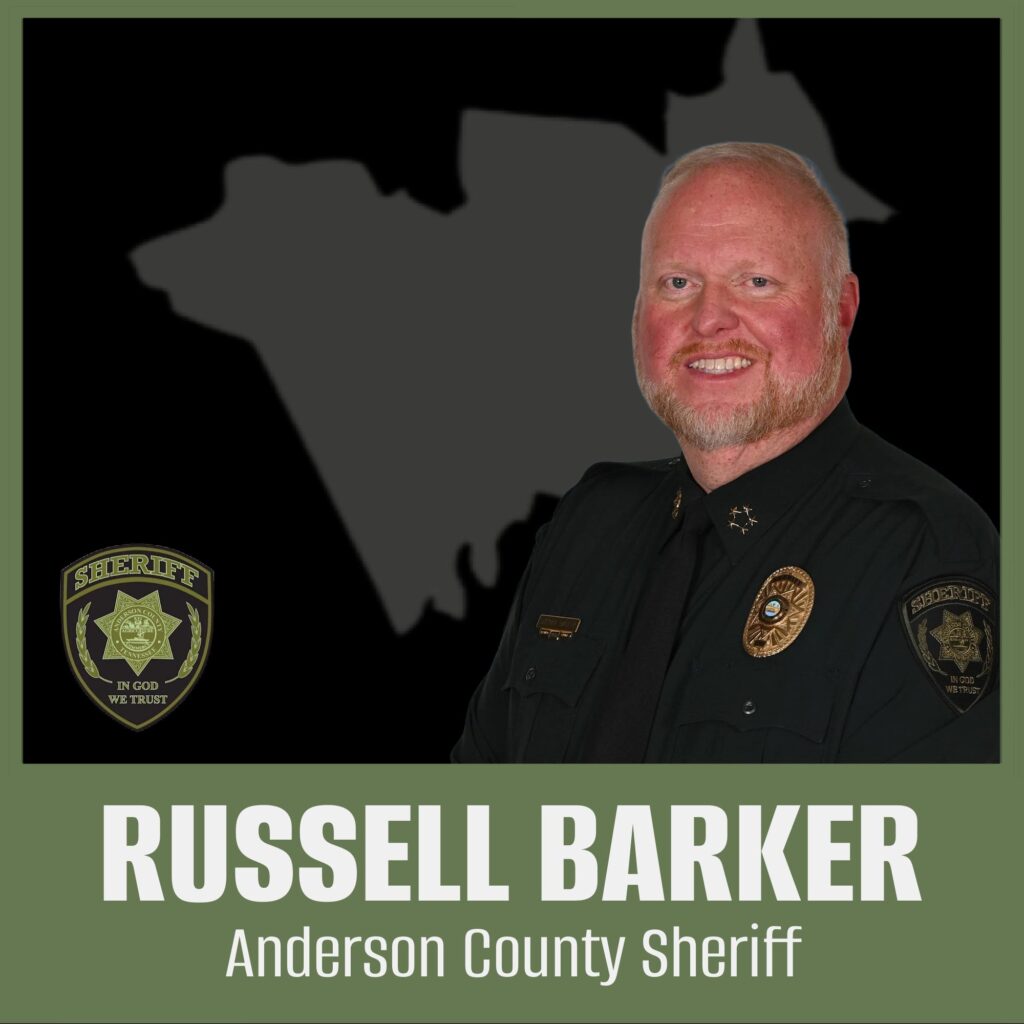 Anderson County Sheriff Russell Barker has exemplified a strong commitment to service for his country and community throughout his professional career. After serving in the United States Marine Corps reserves, Sheriff Barker began serving his community as a police officer where he is now entering his 20th year. As a veteran law enforcement official, he has served in numerous capacities such as a patrolman, D.A.R.E officer, and a Detective Sergeant in the Criminal Investigations Unit with the Clinton Police Department. During his tenure, he has been the lead or assisted in cases ranging from narcotics investigation to homicide.

Sheriff Barker has a diverse background in law enforcement. In addition to holding a bachelor’s degree in Criminal Justice, he has obtained educational training and certification from the following agencies:

As Sheriff, he places a heavy emphasis on community policing and investing time into our youth.

“Anderson County is a great place to live and raise your family. I took an oath to serve and protect the very people who make this country great. It is a job I take serious and feel honored to have.” – Sheriff Russell Barker